Book Review: And Then It Rained (Gaurav Dashputra) 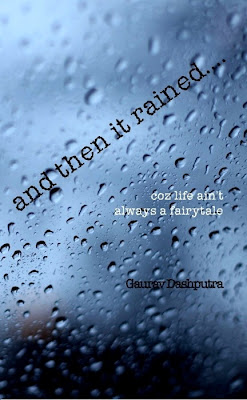 Book: And Then It Rained : Coz Life Ain't Always a Fairytale


Often we see Engineers turning Authors, but Gaurav Dashputra is different. Hailing from the orange city-Nagpur and completing his medical education in Dr. D. Y. Patil University in Navi Mumbai, here we have an Author from Medical field. Yes from Medical Field!
‘And Then It Rained…’ his debut novel, is based on college life romance, which is most popular genre among readers and writers nowadays. Now since everyone is writing the same thing what makes ‘And Then It Rained’ different? Let’s find out.
Jacket is good, but only when book is in your hand. Title is little unreadable when you see from even distance of a shelf of any bookstore, which really not good for readers who read without recommendation. A lighter background or a little larger font for title and tagline would have helped a lot. Though in today's world a lot of readers order online, so that's really not a big issue. Let us go through the synopsis.

“It’s better to let go of someone who loves you...than keeping him in... love with you when you know you cannot be with him forever...”


This is what Aarti had told Aman a night before she left him forever...with nothing but those memories of the rains.
Rains have always been a part of Aman's happiness..! His first bike ride...his first gold medal...his first kiss... it has rained on every occasion!
Rains have always been SPECIAL! And he believes that all bad things in his life will come to an end with the rains.
Nagpur...That is where Aman Sarin has lived all his life. That is where he dreamt that someday he would be the next big thing in Bollywood.
After moving to Mumbai to pursue his education his life is nothing short of a fairytale...he has what most teenagers want...a great group of friends...the charm and the popularity...and to top it all a hot girlfriend.
They say life is a vicious circle of sorrow and happiness. So what happens when Aman’s fairytale goes wrong? What makes him the guy whom everyone hates...when once he was the guy everyone adored?
Will Aman put back the pieces of his life and rise above all else? Will his dream of filling SRK’s shoes ever come true?
But most importantly for Aman...after a rough summer... Will it Rain Again?

Okay so synopsis is quite simple. Aman Sarin, the protagonist, who lost his girlfriend Aarti. He is gifted with talent of being a perfect guy whom every girl sees as her boyfriend and every boy sees as his best friend. But something happened in his life and everything changed. Everyone started to hate him, but for what reason? Why things went out of control and he shattered his own life?
With these questions I started flipping through the pages and there comes the spoiler, Acknowledgement page. There is nothing has to do with author’s writing ability, but instead of ‘would like to’ Mr. Dashputra used ‘wanna’ that irked me a bit because it sounds a bit awkward if you keep reading it, but with word ‘coz’ in novel’s tagline (coz life ain’t always a fairytale) I can’t expect anything else.
Prologue is really intriguing and gives a clear idea of the storyline. Initial five chapters are slow and little boring, but kept me hooked because there are many things which are familiar to me, like Aman was a RJ, like I used to be in my early days. And, knowing the fact that being a RJ brings a lot of perks to you, I couldn't stop myself from remembering those days.
At the end of chapter five there was a shocker. Aman was standing at the opening of beginning of his new life and he got a sad news of his girlfriend Aarti's demise. But to my surprise that didn't affect him at all! He moved on to pursue his medical education and started a fresh life, here author became a little unreal because if you loved someone from all your heart, even for a second, you really can't let go of her thoughts and looking for another girl, right after a day is somewhat impossible. But later I came to know the real reason of such behavior.
From chapter six story paced a bit and chapter after chapter it maintained its pace until the end. Mr. Dashputra's storytelling is not extraordinary, but he knows how to keep his reader engaged. Events are well linked and I found almost no grammatical mistakes apart from few spelling mistakes (mostly printing mistakes, one is evident on Book Cover too!). Language is simple yet crisp and fluent. You can sense the well thought framing of story in every chapter.
I heard many people saying that nowadays authors forcefully add sexual contents in their books, just to increase sales numbers. Apart from one place, I never felt any such forced chapter or pages. Mr. Dashputra added a pinch of 'Friends with the Benefit' thing that is still a taboo in our country, so I don't know how people will react over it. But it mingled with story very well.
Mr. Dashputra is really smart to choose elements for his debut because it has almost all sellable elements that can help in making 'And then it rained' a popular novel amongst the youth. He kept the story limited to three cities; Nagpur, Mumbai and Goa, and described them authentically. The way he described Goa will make you go on a trip with your closest friends and live in real for some time. He handled many common issues that almost every college student faces. He even added a lesser known disease Porphyria, which has a ratio of 1:50000.
Being his debut book, he has done a considerably good job. But still a lot of work is to be done. For instance there is a chapter that says about bribing professors of Dr. D.Y. Patil University. When you are writing about any Institutions with their Real name associated, there is a degree of integrity of that institution, and Mr. Dashputra really shattered it. It's not that it happened for real, but still dealing with real places adds a lot of responsibility. In chapter 17, the context of July 2011, is not fitting in there, and major part of it is repeated in chapter 22 (page 200). It did nothing but contributed in breaking the thought flow as familiar words reappeared, I couldn't stop myself from flipping back to early chapters. I won't mind reading it twice, but in parts only. And at the end of this review I must admit that climax is really a huge shocker, I predicted everything but a classic climax like this was nowhere in my mind. If you ask me which chapter makes the book worth reading, I will blindly say last two.
And Then It rained Book review Coz Life ain't always a fairytale Debut Author Gaurav Dashputra Srishti Publications

Book:  A Maverick Heart: Between Love And Life  Author:  Ravindra Shukla ISBN:  9789382473008 Publisher: Leadstart Corp No.  of  Pages: 383 When you are at peak of something, and quite near to call it an achievement; it's hard to leave it all of a sudden. So here comes an end to my online book reviews. Many reasons I have, but for now I can say it’s because of my joining formalities. No more days of sheer joblessness. I’m proud to say that I gained a lot of respect from the authors, readers and some random people whom I didn’t even know. Never got the tag of being biased, nor been accused to review any book poorly. Quite satisfactory it is. I will keep on writing the reviews , but not as frequently as I used to write earlier. The last book I chose for the review is “ A Maverick Heart: Between Love And Life ” by Mr. Ravindra Shukla , an IIT graduate, and is working at IBM in the field of emerging technology & business analytics. He is a member of
Click here to read more 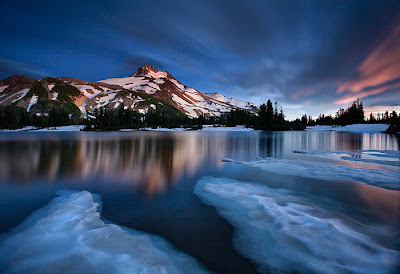 I thought we were together, But we were always apart, Nothing changed between us, But it all went just one sided… I realized I have been left alone, Even when you were around, I left to wonder over silly things, And ask where the truth can be found… Isn’t your presence was enough, Or my love and devotion was fake, I can’t feel my emotions anymore, And my world is nothing but an icy lake….  AnSh..
Click here to read more